‘The care and commitment our team have for our students and their professional integrity as teachers have gained the understanding and trust from parents.’

It may not sound special for a school to assign homework to students, but the assignment for this time was in fact the effort of the teaching team of The Salvation Army Lam Butt Chung Memorial School after multiple and careful revisions. Mr Chan, the headmaster of the school, said originally there was an exam, but it was cancelled due to the pandemic, so they set this assignment instead. The school needed to adapt to the constantly changing measures, which might seem to have put them in a passive position, but the teaching staff worked towards the same goal, i.e., to ensure all students’ learning uninterrupted during this pandemic. With well-adjusted attitude and adequate preparation, the school, students and parents managed to keep their pace in this challenging time.

Due to the fifth wave, Education Bureau announced that all schools in Hong Kong started summer holiday early, but that did not mean Principal Chan and his team could rest, instead they faced a bigger challenge. Principal Chan recalled that, it was a rather confusing time as things changed from minute to minute, and many of their original plans were interrupted, for example, the exam had been rescheduled 3 times.

He admitted that the numerous changes of plans frustrated his team. ‘Every plan change was a blow because that meant we had to plan all things again. We understood it was how things had to be, just still couldn’t help feeling frustrated.’ All teaching staff strived to make the best learning arrangement for students, they decided to take the assignment assessment approach, and their efforts and thoughtfulness have earned the understanding and appreciation of parents.

The trust from parents cannot be created overnight; it has to be built over time, Principal Chan continued. He recalled that, shortly after the sudden announcement of the government about switching to online classes, many families were not able to catch up with the change as they did not have the proper devices at home. The school immediately lent over 50 electronic devices to those families, and bought SIM cards in a very short time for students having difficulty to connect internet. ‘For the technique issues or learning obstacles that our students encountered, our team took them seriously and tried the best to help.’

Besides equipment support, Principal Chan kept the campus open during the fifth wave, so that students could come back and have online classes if they needed. Amid the pandemic, many public transport services were affected, and it took even longer to get to the school which is located in remote area of Tung Chung. However, many teachers returned to the school voluntarily to take care of their students. ‘Their enthusiasm and professionalism were indeed moving.’

The whole school worked as one team during the whole period, and everyone was so committed to his/her position. Principal Chan returned to school every day to run and adjust the operation according to the latest changes, and teaching staff kept giving online classes even they were in quarantine. When some colleagues moved into the isolated camp and were unable to give lessons, some other colleagues substituted for them. Principal Chan was particularly gratified by the united spirit of the whole school. ‘The care and commitment our team have for our students and their professional integrity as teachers have gained the understanding and trust from parents.’ 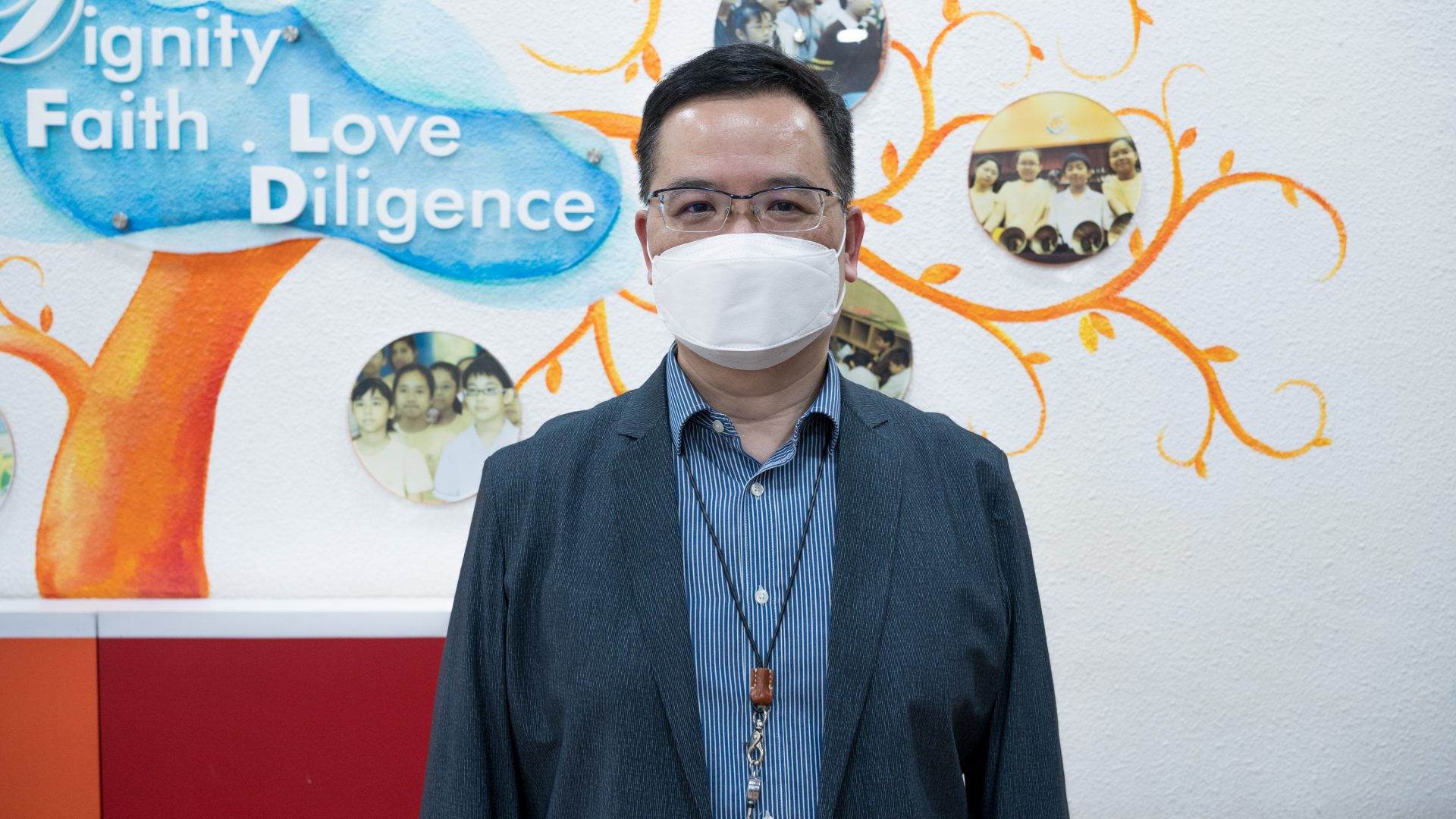 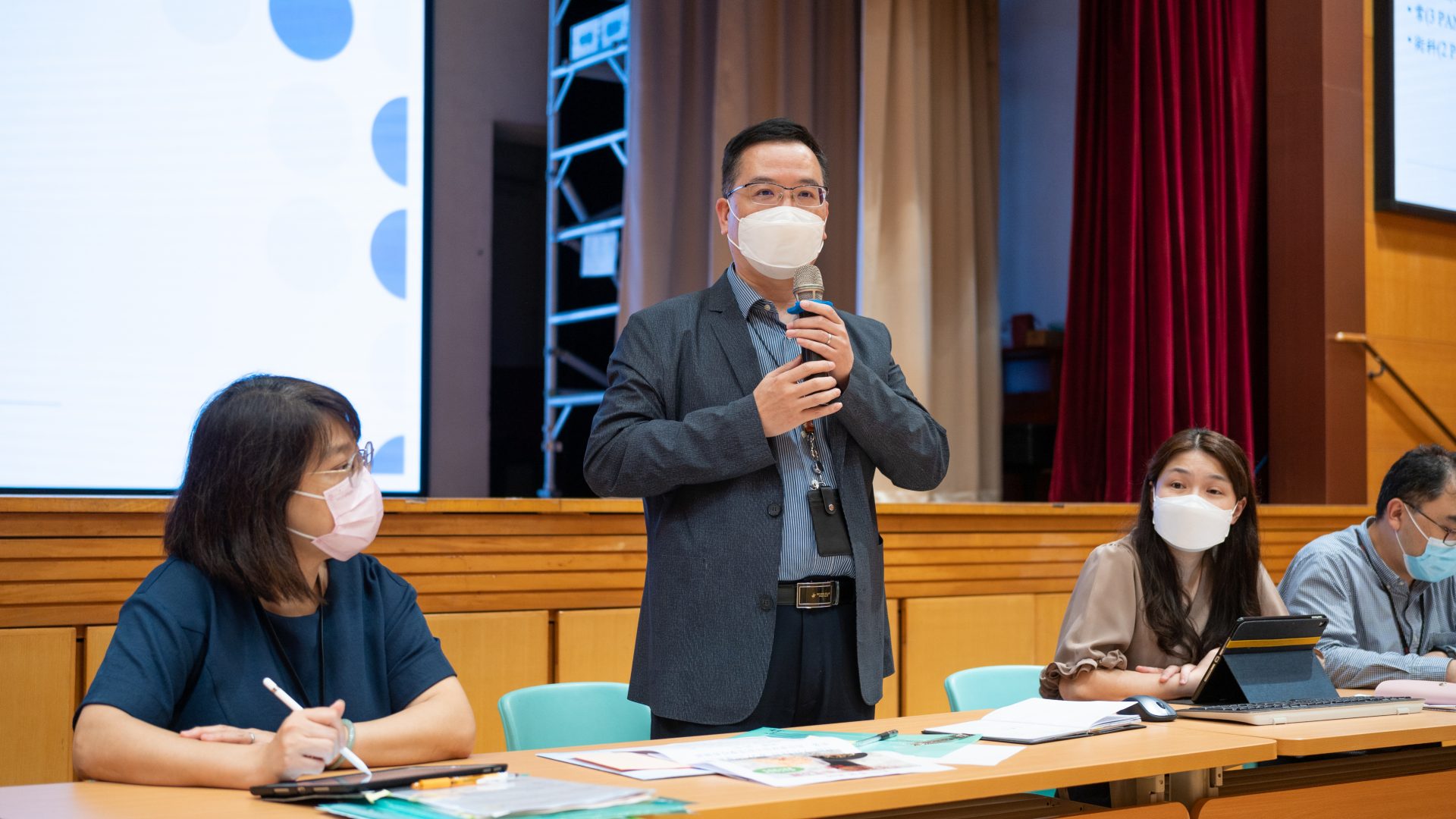 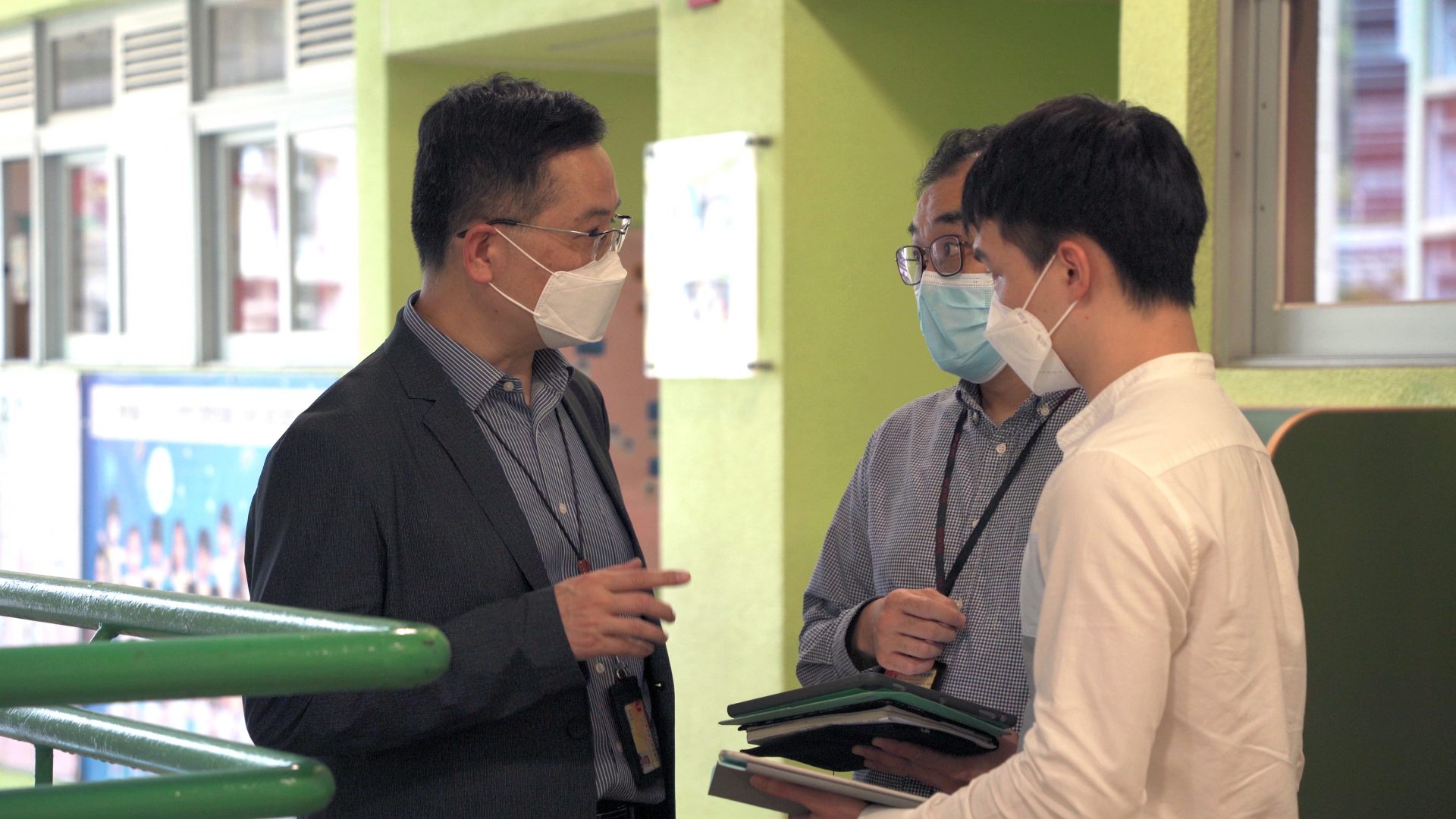 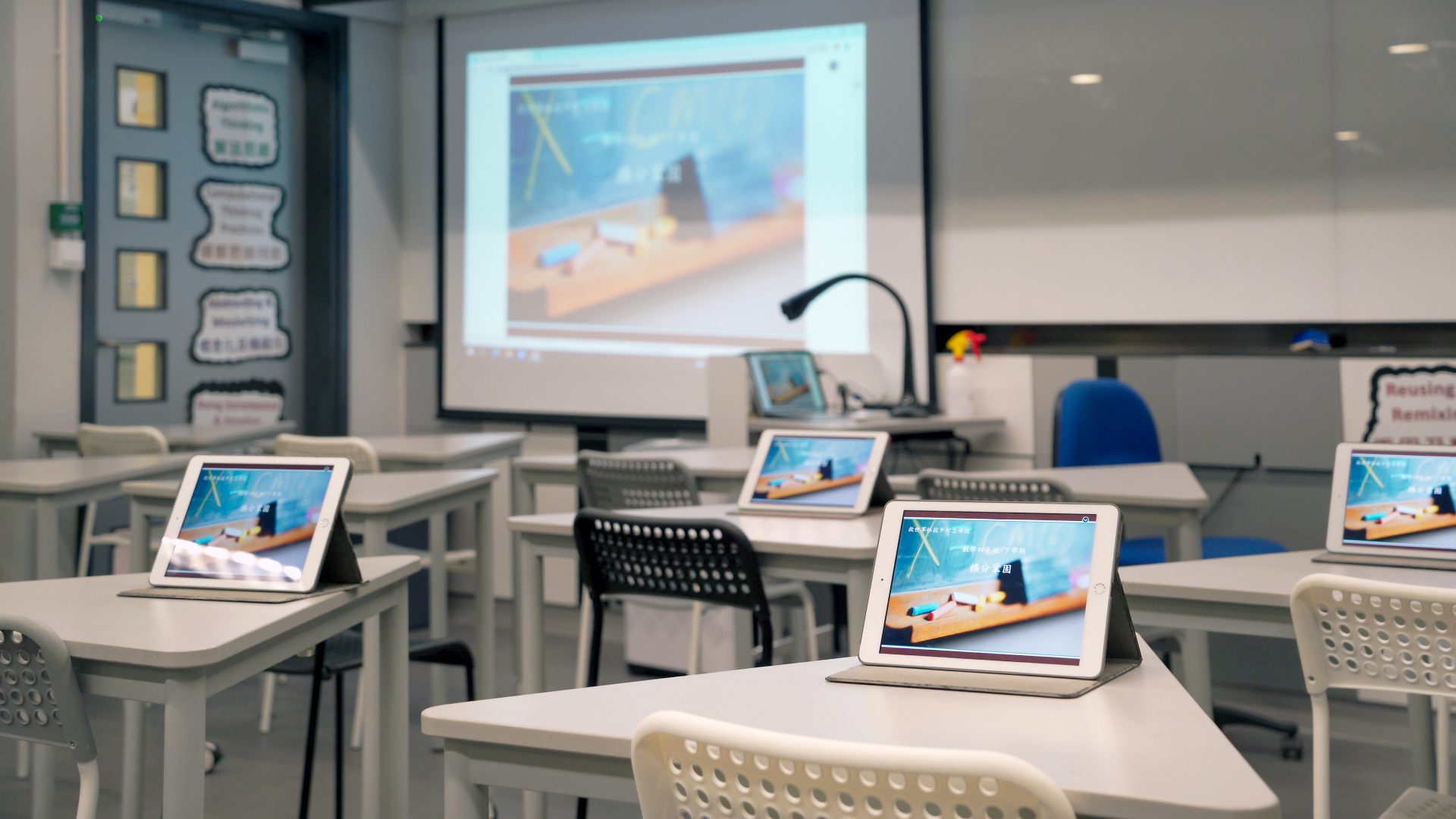 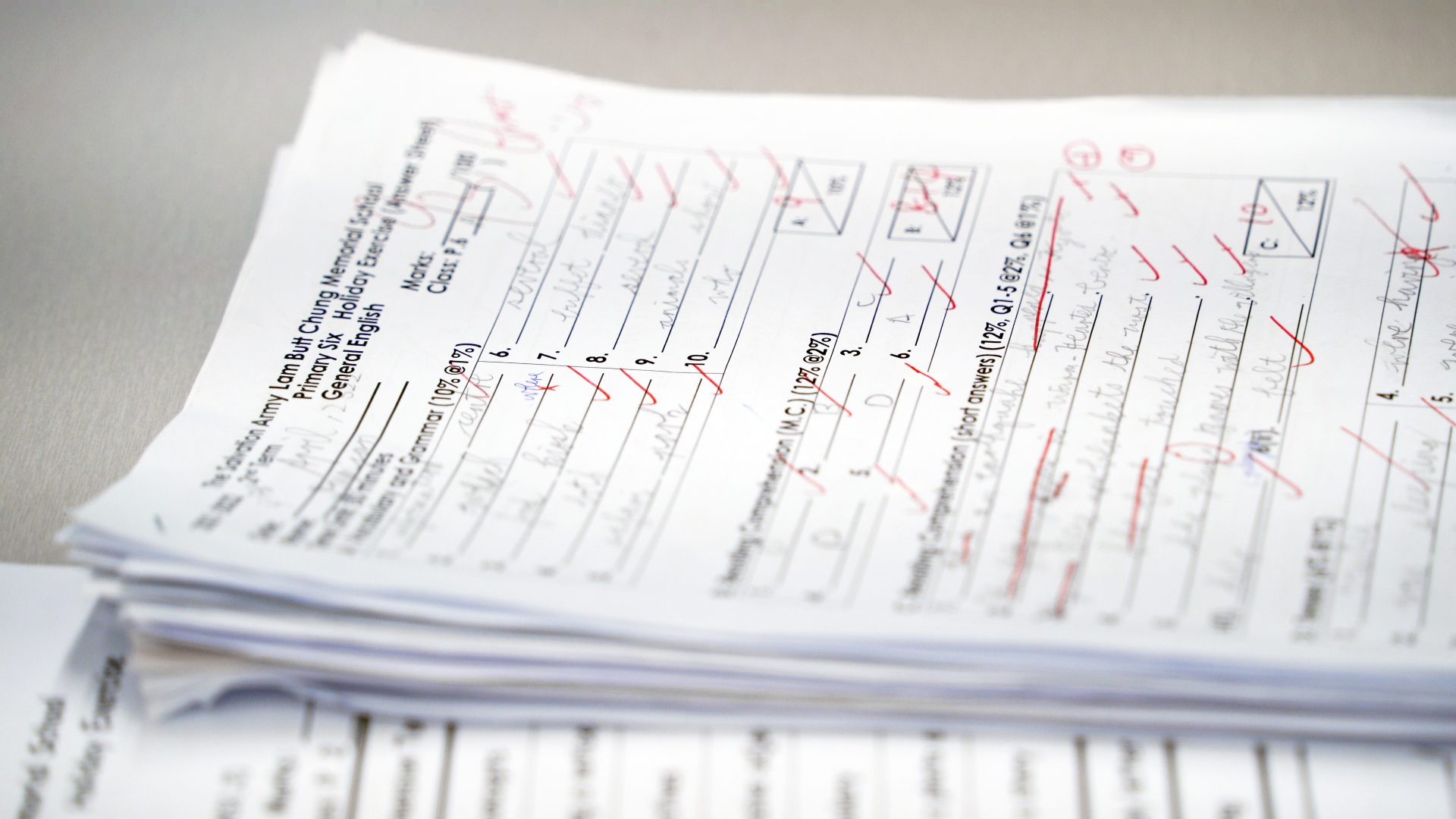